March 8, 2022
A father and daughter visiting Yellowstone National Park for the first time on Saturday enjoyed an exceedingly rare encounter with a wolverine in what their guide described as a once-in-a-lifetime experience.

“For the rest of the tour, the 9-year-old daughter couldn’t stop saying, every 15 minutes or so, ‘Wow… we saw a wolverine today!’” MacNeil Lyons, owner of Yellowstone Insight,  “She told me it was the most amazing day ever in her life.”

Lyons captured several images of the elusive critter, which he shared via Facebook.

In a Saturday post that included a photo showing the wolverine facing the group from the road, Lyons commented on the rarity of the encounter and added:

“It was only 2-3 minutes, but it was as if time stood still. There was for sure a true and focused connection between two sentient beings.”

On Sunday, Lyons detailed how he captured the images and said he and his Southern California clients “felt beyond elated at this chance encounter,” considering that the number of wolverines residing inside park boundaries might be a few as seven. (See Facebook post below.)

Lyons did not disclose the location of the sighting, but explained that it occurred at 11:38 a.m. as he was rounding a corner. The wolverine, in the oncoming lane, was visible as a “low to-the-ground, dark animal loping away from us.”

One of his guests asked if it was a small bear, but Lyons quickly realized that what they were observing “was, indeed, a wolverine!” 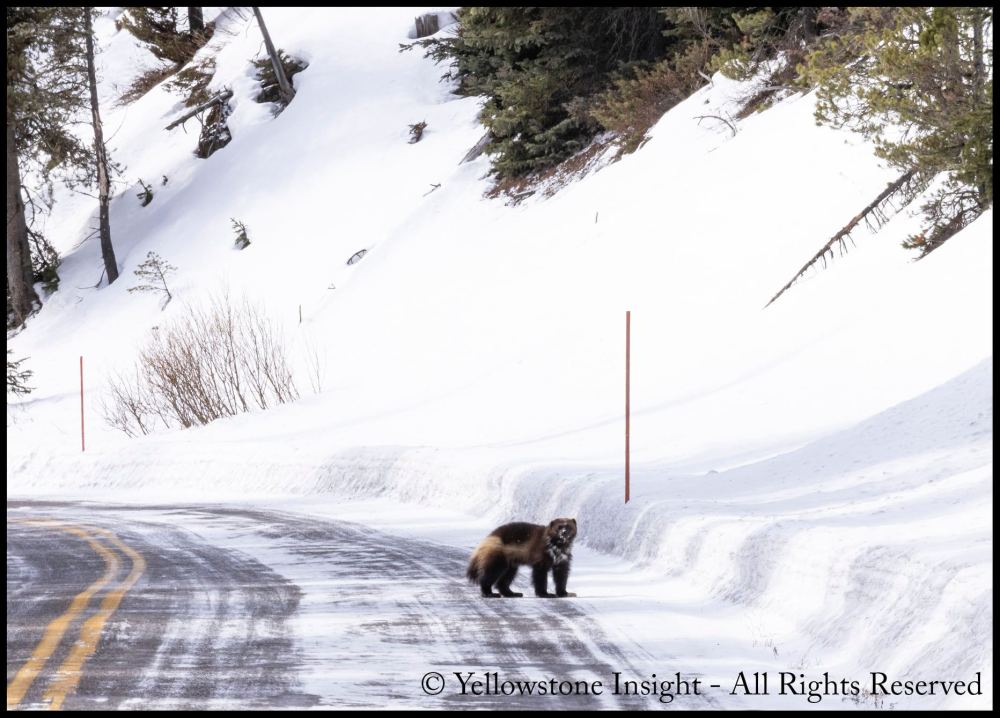 It was the first video footage of a wolverine captured by a trail camera inside the park.

Wolverines, members of the weasel family, reside mostly in high-altitude alpine and forest habitat and can weigh as much as 30 pounds.