Beavers in the river Otter in Devon. ‘Our awe of nature, and the silence we must observe to watch wild animals, hints at the origins of religion.’ Photograph: Mike Symes/ Devon Wildlife Trust

If Moses had promised the Israelites a land flowing with mammary secretions and insect vomit, would they have followed him into Canaan? Though this means milk and honey, I doubt it would have inspired them. 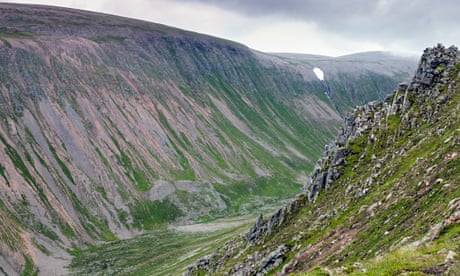 So why do we use such language to describe the natural wonders of the world? There are examples everywhere, but I will illustrate the problem with a few from the UK. On land, places in which nature is protected are called “sites of special scientific interest”. At sea, they are labelled “no-take zones” or “reference areas”. Had you set out to estrange people from the living world, you could scarcely have done better.

Even the term “reserve” is cold and alienating – think of what we mean when we use that word about a person. “The environment” is just as bad: an empty word that creates no pictures in the mind. Wild animals and plants are described as “resources” or “stocks”, as if they belong to us and their role is to serve us: a notion disastrously extended by the term “ecosystem services”.

Our assaults on life and beauty are also sanitised and disguised by the words we use. When a species is obliterated by people, we use the term “extinction”. It conveys no sense of our role in the extermination, and mixes up this eradication with the natural turnover of species. It’s like calling murder “expiration”. “Climate change” also confuses natural variation with the catastrophic disruption we cause: a confusion deliberately exploited by those who deny our role. (Even this neutral term has now been banned from use in the US Department of Agriculture.) I still see ecologists referring to “improved” pasture, meaning land from which all life has been erased other than a couple of plant species favoured for grazing or silage. We need a new vocabulary.

Words possess a remarkable power to shape our perceptions. The organisation Common Cause discusses a research project in which participants were asked to play a game. One group was told it was called the “Wall Street Game”, while another was asked to play the “Community Game”. It was the same game. But when it was called the Wall Street Game, the participants were consistently more selfish and more likely to betray the other players. There were similar differences between people performing a “consumer reaction study” and a “citizen reaction study”: the questions were the same, but when people saw themselves as consumers, they were more likely to associate materialistic values with positive emotions.

Words encode values that are subconsciously triggered when we hear them. When certain phrases are repeated, they can shape and reinforce a worldview, making it hard for us to see an issue differently. Advertisers and spin doctors understand this all too well: they know that they can trigger certain responses by using certain language. But many of those who seek to defend the living planet seem impervious to this intelligence.

The catastrophic failure by ecologists to listen to what cognitive linguists and social psychologists have been telling them has led to the worst framing of all: “natural capital”. This term informs us that nature is subordinate to the human economy, and loses its value when it cannot be measured by money. It leads almost inexorably to the claim made by the government agency Natural England: “The critical role of a properly functioning natural environment is delivering economic prosperity.”

By framing the living world in this way, we bury the issues that money cannot measure. In England and Wales, according to a parliamentary report, the loss of soil “costs around £1bn per year”. When we read such statements, we absorb the implicit suggestion that this loss could be redeemed by money. But the aggregate of £1bn lost this year, £1bn lost next year and so on is not a certain number of billions. It is the end of civilisation.

On Sunday evening, I went to see the beavers that have begun to repopulate the river Otter in Devon. I joined the people quietly processing up the bank to their lodge. The friend I walked with commented: “It’s like a pilgrimage, isn’t it?” When we arrived at the beaver lodge, we found a crowd standing in total silence under the trees. When first a kingfisher appeared, then a beaver, you could read the enchantment and delight in every face. Our awe of nature, and the silence we must observe when we watch wild animals, hints, I believe, at the origins of religion.

So why do those who seek to protect the living planet – and who were doubtless inspired to devote their lives to it through the same sense of wonder and reverence – so woefully fail to capture these values in the way they name the world?

Here are a few ideas. I hope, in the comments that follow this article, you can improve and add to them

Those who name it own it. The scientists who coined the term “sites of special scientific interest” were – doubtless unwittingly – staking a claim: this place is important because it is of interest to us. Those who describe the tiny fragments of seabed in which no commercial fishing is allowed as “reference areas” are telling us that the meaning and purpose of such places is as a scientific benchmark. Yes, they play that role. But to most people who dive there, they represent much more: miraculous refuges, thronged with creatures that thrill and astonish.

Rather than arrogating naming rights to themselves, professional ecologists should recruit poets and cognitive linguists and amateur nature lovers to help them find the words for what they cherish. Here are a few ideas. I hope, in the comments that follow this article online, you can improve and add to them.

If we called protected areas “places of natural wonder”, we would not only speak to people’s love of nature, but also establish an aspiration that conveys what they ought to be. Let’s stop using the word environment, and use terms such as “living planet” and “natural world” instead, as they allow us to form a picture of what we are describing. Let’s abandon the term climate change and start saying “climate breakdown”. Instead of extinction, let’s adopt the word promoted by the lawyer Polly Higgins: ecocide.

We are blessed with a wealth of nature and a wealth of language. Let us bring them together and use one to defend the other.

• George Monbiot is a Guardian columnist