Decline In Hunters Threatens How U.S. Pays For Conservation Tom Wrasse is at his hunting shack alone. Light pours into the small room from a window framed by antlers, harvested from the surrounding central Wisconsin woods. On the opposite wall is a collage of fading photos, showing how big the hunting parties out here used to be.

“I try to keep the tradition alive,” Wrasse says, looking at the photos over a cup of coffee. “But no, they’ve all gone their separate ways.”

In rural Wisconsin, the passion for hunting still appears to burn as bright as the blaze orange jackets you’ll see stalking through fields or clambering up into trees during deer season. But stop into a meat processing center or a sporting goods store, ask about it at a bar or a hunting shack and you’ll hear from people like Wrasse: Fewer people are hunting. “It’s just kind of fading away,” he says.

A new survey by the U.S. Fish and Wildlife Service shows that today, only about 5 percent of Americans, 16 years old and older, actually hunt. That’s half of what it was 50 years ago and the decline is expected to accelerate over the next decade.

Meanwhile other wildlife-centered activities, like birdwatching, hiking and photography, are rapidly growing, as American society and attitudes towards wildlife change.

The shift is being welcomed by some who morally oppose the sport, but it’s also leading to a crisis.

State wildlife agencies and the country’s wildlife conservation system are heavily dependent on sportsmen for funding. Money generated from license fees and excise taxes on guns, ammunition and angling equipment provide about 60 percent of the funding for state wildlife agencies, which manage most of the wildlife in the U.S.

This user-play, user-pay funding system for wildlife conservation has been lauded and emulated around the world. It has been incredibly successful at restoring the populations of North American game animals, some of which were once hunted nearly to extinction. 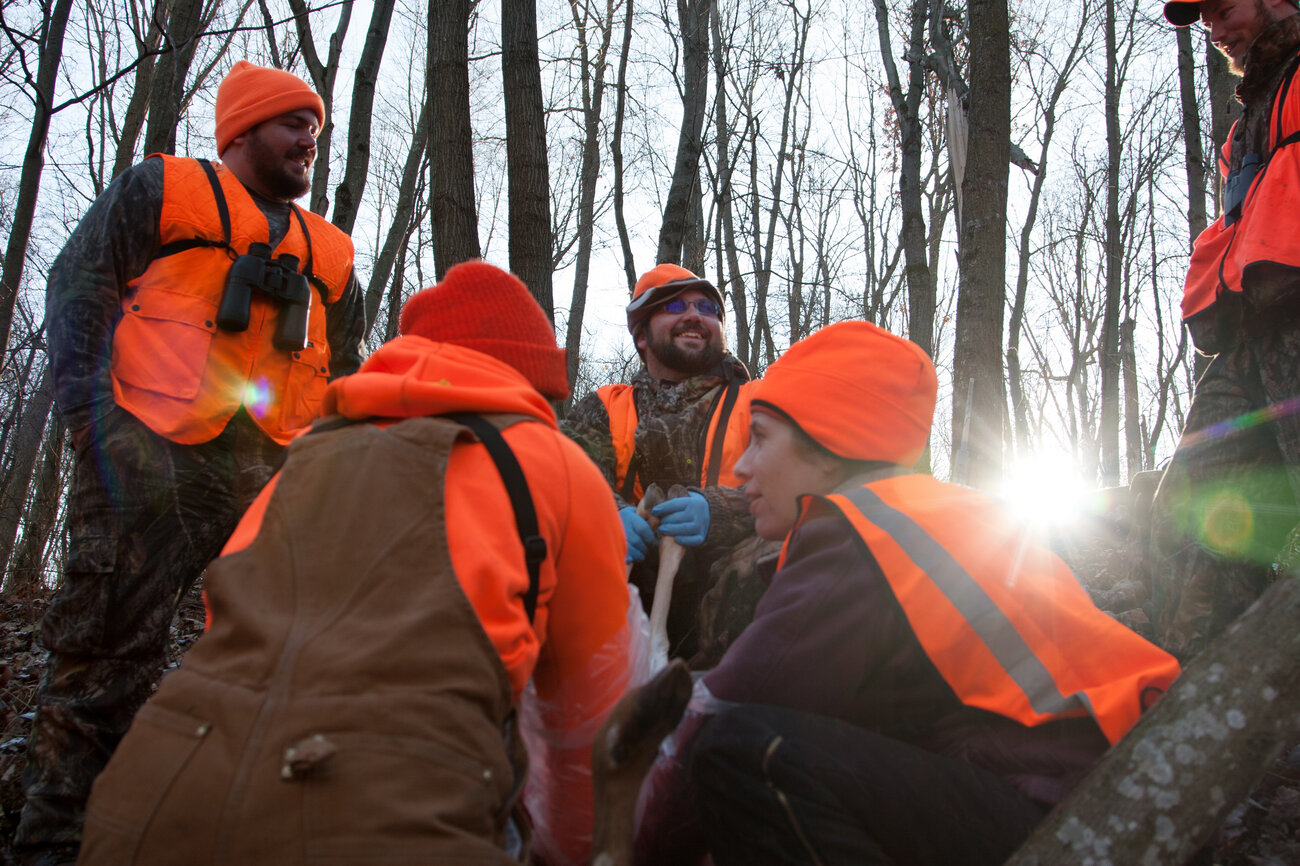 Tyler Hasheider (center) helps coach Beth Wojcik (bottom right) on how to clean a deer. They harvested two does during a day of hunting.
Nathan Rott/NPR

But with the slide in hunting participation expected to speed up in the next 10 years, widening funding shortfalls that already exist, there’s a growing sense of urgency in the wildlife conservation community to broaden that funding base. Congress is looking at tapping oil and gas revenues. Some states are adding general sales taxes, while others are looking for ways to tweak the user-play, user-pay model to better represent how today’s society interacts with wildlife, monetizing activities like wildlife-viewing.

Those efforts are running into a larger question: Is the greater public willing to pay more to protect wildlife?

“Conservationists need to be looking at what is the next step to keep our conservation programs and places strong and healthy,” says Mary Jean Huston, director of The Nature Conservancy in Wisconsin. “Things need to evolve.”

And they need to evolve fast.